THE DAWNING OF DIVERSITY

BUY NOW
Books will be shipped as soon as they come off the press.

Frank Sotomayor tells the stories of the many challenges, successes, and contributions of the first classes of Chicano students at Stanford University in the early 1970s. Their experiences paved the way for so many Latino students, including my brother Joaquin and me, countless others.

“The Dawning of Diversity” provides an interesting and important slice of Chicano history and how it unfolded at Stanford University.

Important lessons can be drawn from the events and outcomes meticulously documented by Sotomayor. He describes the experiences of students whose activism persuaded the university to admit a significant number of Chicanos beginning in 1969 and continuing to the present. This is a “must read.”

Sotomayor’s book tells the story few know or understand. It provides insight into Stanford University’s exclusionary history, and the changes advocated by Latino student pioneers that placed it on its current trajectory. Yet, as Sotomayor notes, much progress is still needed.

This is a unique composite memoir of Stanford’s first sizeable undergraduate classes of Chicanos. Sotomayor explores their many triumphs and inevitable frustrations, while illuminating their lasting instructional impact.

This important book chronicles the early struggles and successes of the Chicano community at Stanford as it sought to establish itself as a vital and vibrant facet of Stanford University. It is a “must read” for anyone affiliated with Stanford.

PURCHASE THE DAWNING OF DIVERSITY

For questions or to purchase multiple copies, contact the author at WestBySW@att.net 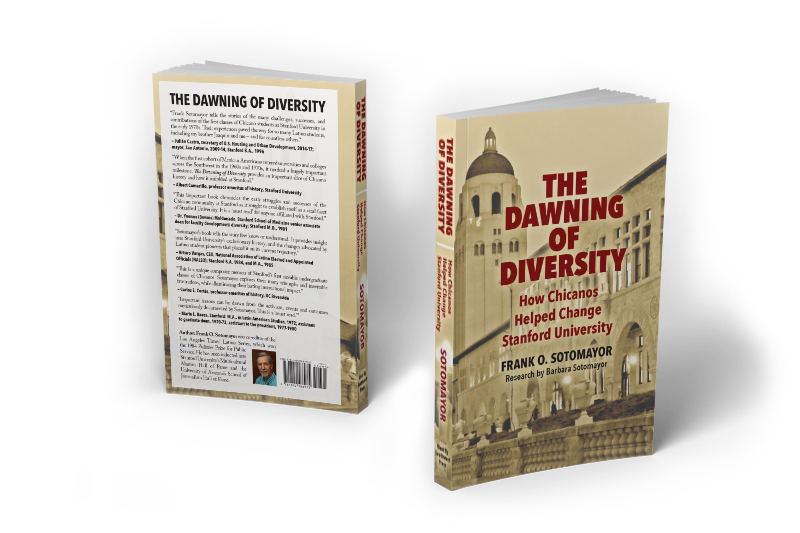